Just like the plot of a Hollywood movie, they met under controversial circumstances. The Fifty Shades of Grey director was 42 and he was 18 when they first cast eyes on one another, but one year later they were engaged.

Married for almost 10 years now, Sam, now 54, and Aaron, 30, have survived the prying eyes of Hollywood and are still going strong.

Here’s a look back at how their love story unfolded. 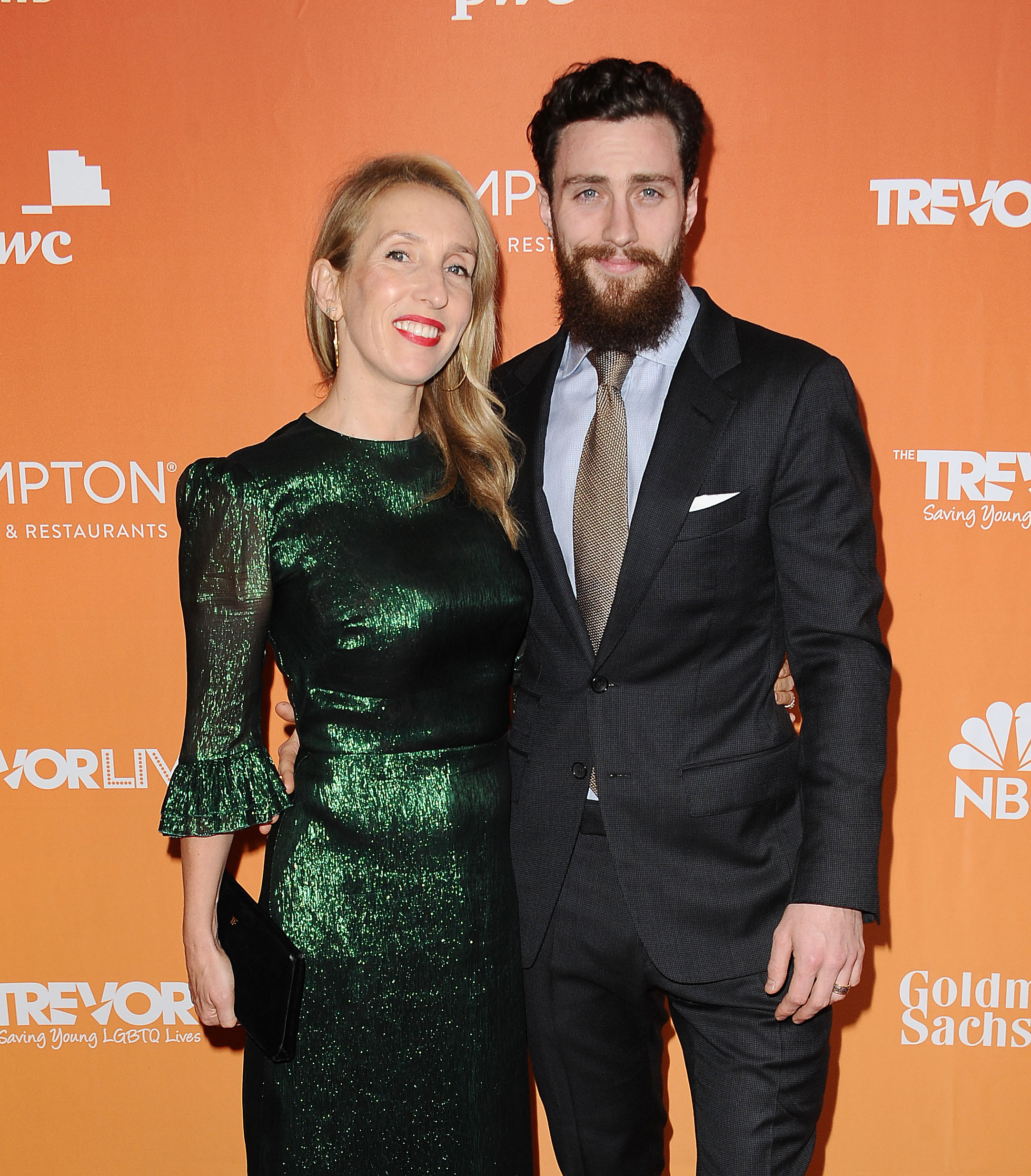 2008: Sam Taylor-Wood and Aaron Johnson meet on the set of Nowhere Boy, a biopic based on the early life of John Lennon. Sam, then 42, directs the film and Aaron, then 18, is cast as The Beatles legend.

And while the couple feels instant chemistry during filming, they do not act on their feelings. Sam is in the midst of divorcing art mogul Jay Jopling, her husband of 11 years and father of her daughters, Angelica, now 24, and Jessie Phoenix, now 15.

“We were very professional through the entire film,” Aaron later tells Harper’s Bazaar in 2019. “No funny business at all.” 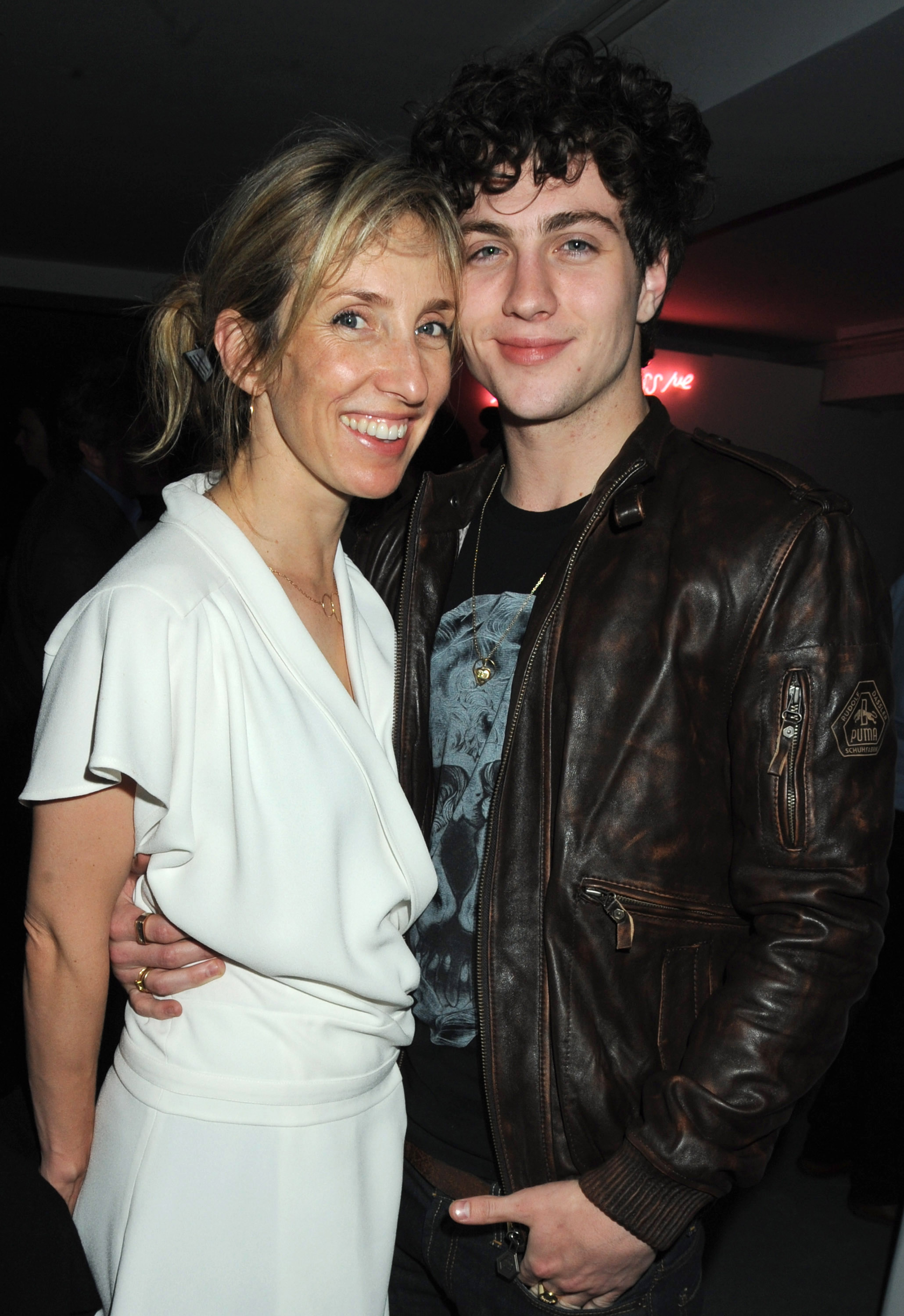 But he does recall being drawn to Sam’s creativity and vividly remembers the first time they saw each other.

“I remember it very, very clearly,” he told the magazine. “I know exactly what she was wearing. This white shirt that she still has, that I love. It definitely changed my life, though not in the way I expected.”

In Nowhere Boy, Sam’s daughters Angelica, then 15, and Jessie, then six, made cameos in the film as Lennon’s younger sisters. 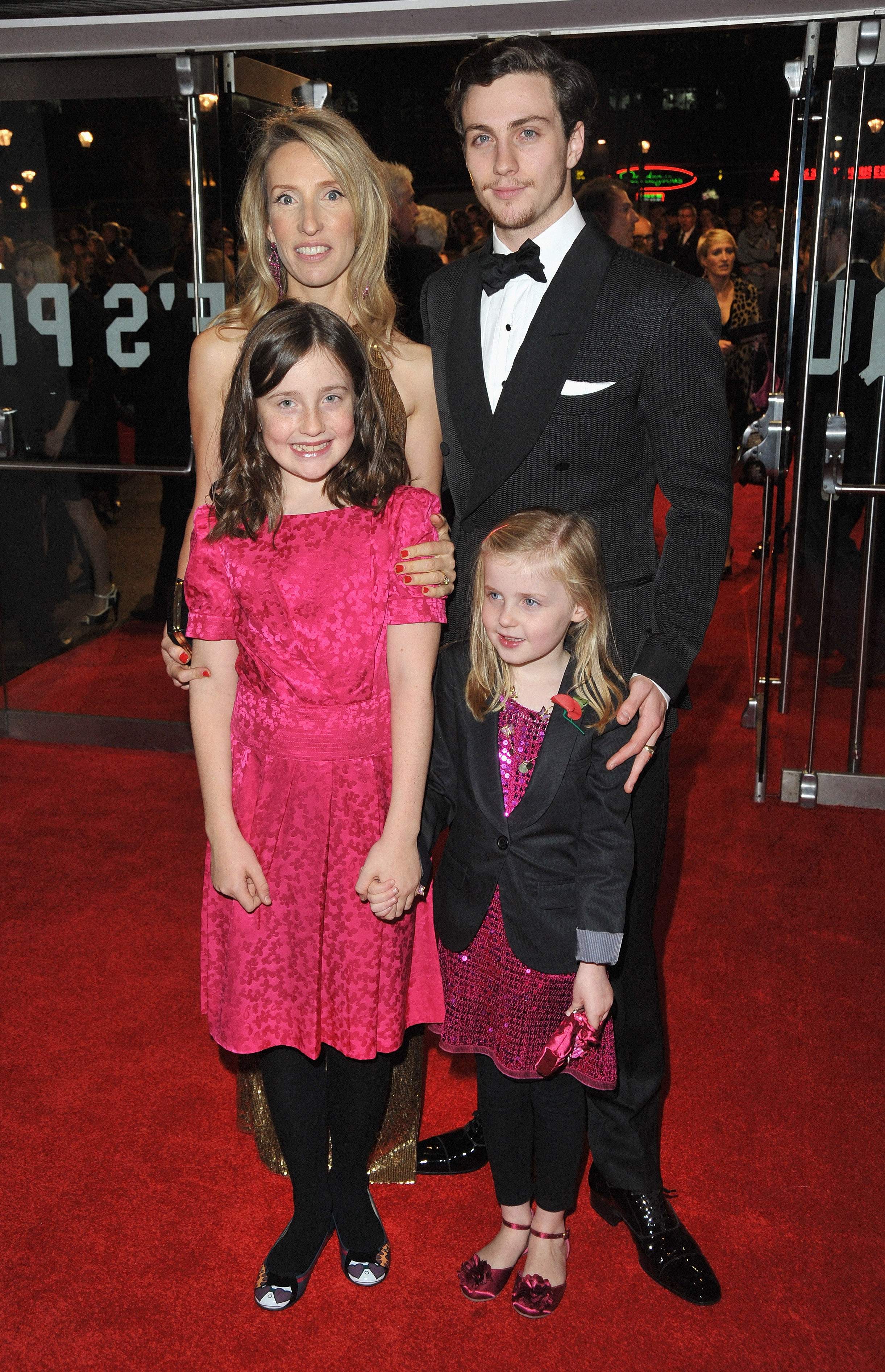 September 2008: Sam and her husband, Jay Jopling, are officially divorced and soon she embarks on a relationship with Aaron. But it seems the actor was trying to woo his future bride even before her divorce was finalised.

“As soon as we finished [filming], he told me he was going to marry me. We had never been on a date, or even kissed,” Sam recalls to Harper’s Bazaar.

READ MORE: Katharine McPhee says she was ‘concerned with what people would think’ of her age gap between David Foster 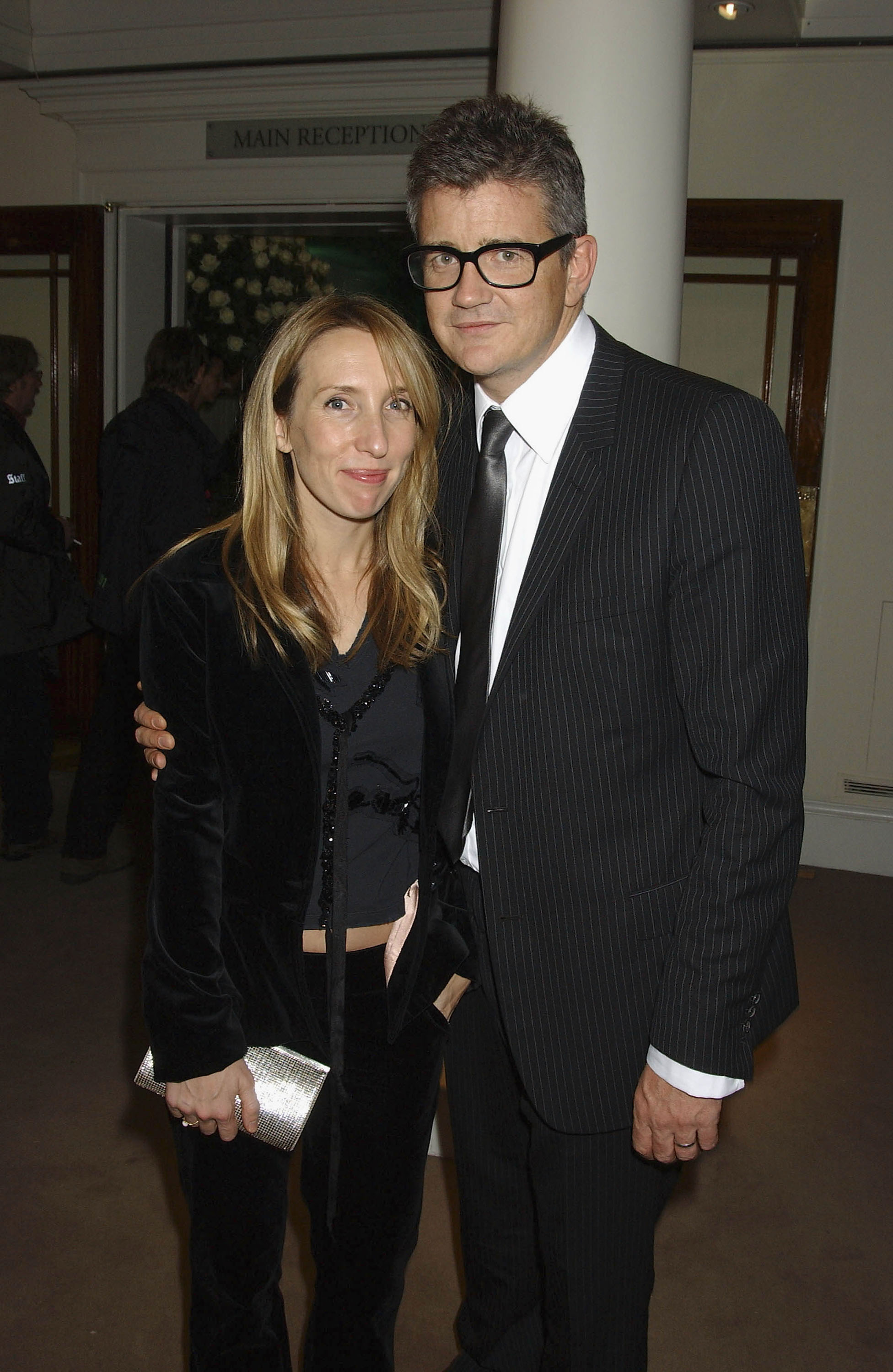 October 2009: Aaron follows through with his vow to make Sam his wife.

The couple publicly announce their engagement at the premier of Nowhere Boy. Of the happy news, Aaron says their family and friends are “really lovely and supportive”, with Sam revealing, “They know how intensely we feel.”

While the road to engagement was short, the couple don’t actually marry until three years later. 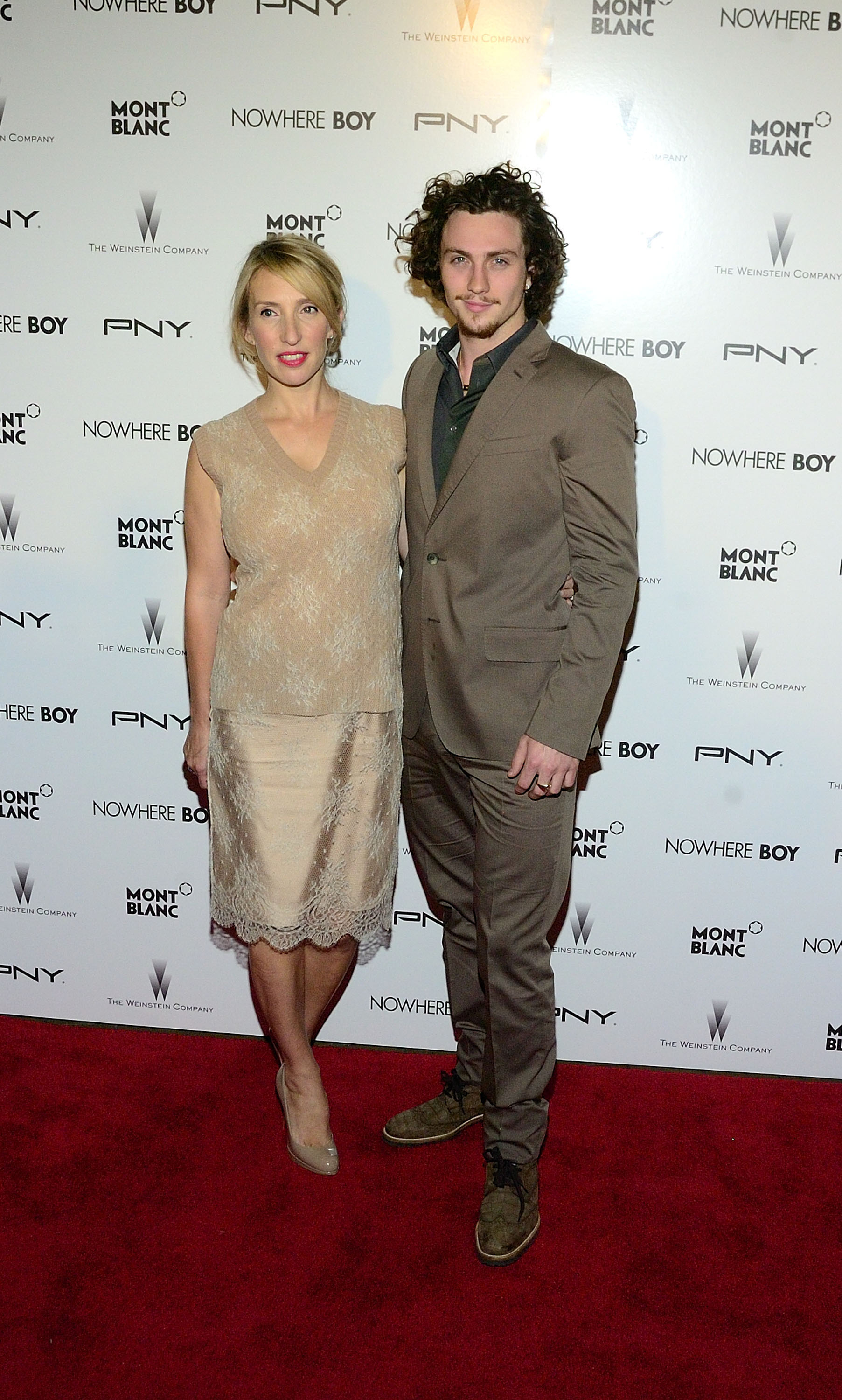 January 2010: Three months after getting engaged, the couple’s rep announces the famous pair are expecting their first baby together.

“We can confirm that Sam is pregnant with her and Aaron’s first child. Both are very, very happy,” their rep says in a statement at the time.

July 2010: The couple welcome their first baby together, a little girl they name Wylda Rae.

“Sam Taylor-Wood and Aaron Johnson are happy to announce the birth of their daughter Wylda Rae, who was born yesterday, July 7, in London,” reads a statement from the couple. 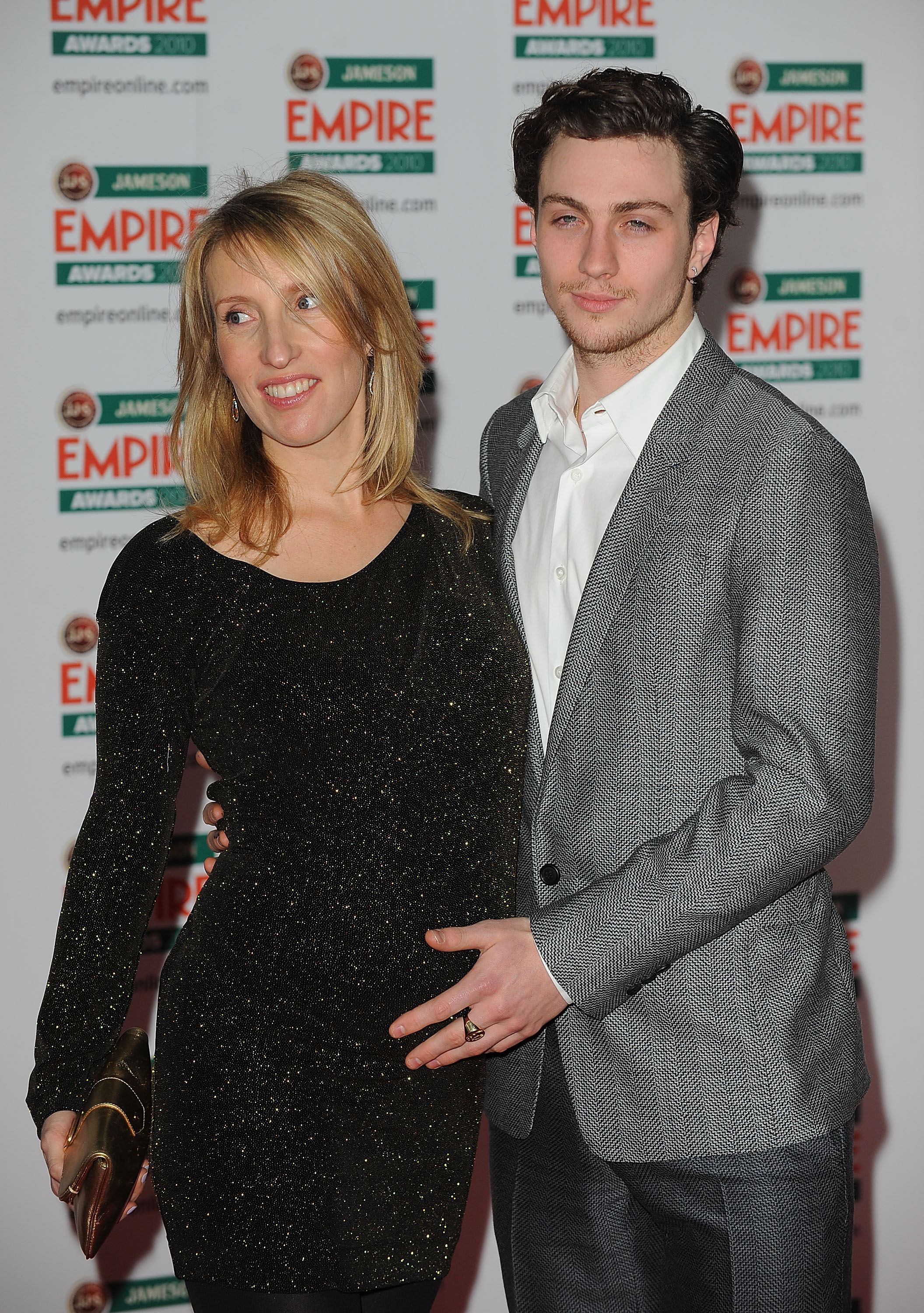 October 2010: Months after the birth, Sam tells Harper’s Bazaar that family was always on the agenda for her young partner.

“Aaron, almost before anything started between us, said he wanted kids. He was very clear about wanting a family,” she says.

The director also gives an insight into her new home life with Aaron, telling the publication the couple hardly go out and prefer quiet nights at home.

“We hardly go out now, it’s just us. You know what I used to be like. Aaron has brought a set of values I didn’t even know I was looking for, family values,” she says.

“He is more grounded. He has been getting work offers which he has turned down because he wants to be here for the crucial beginning months of Wylda’s life.” 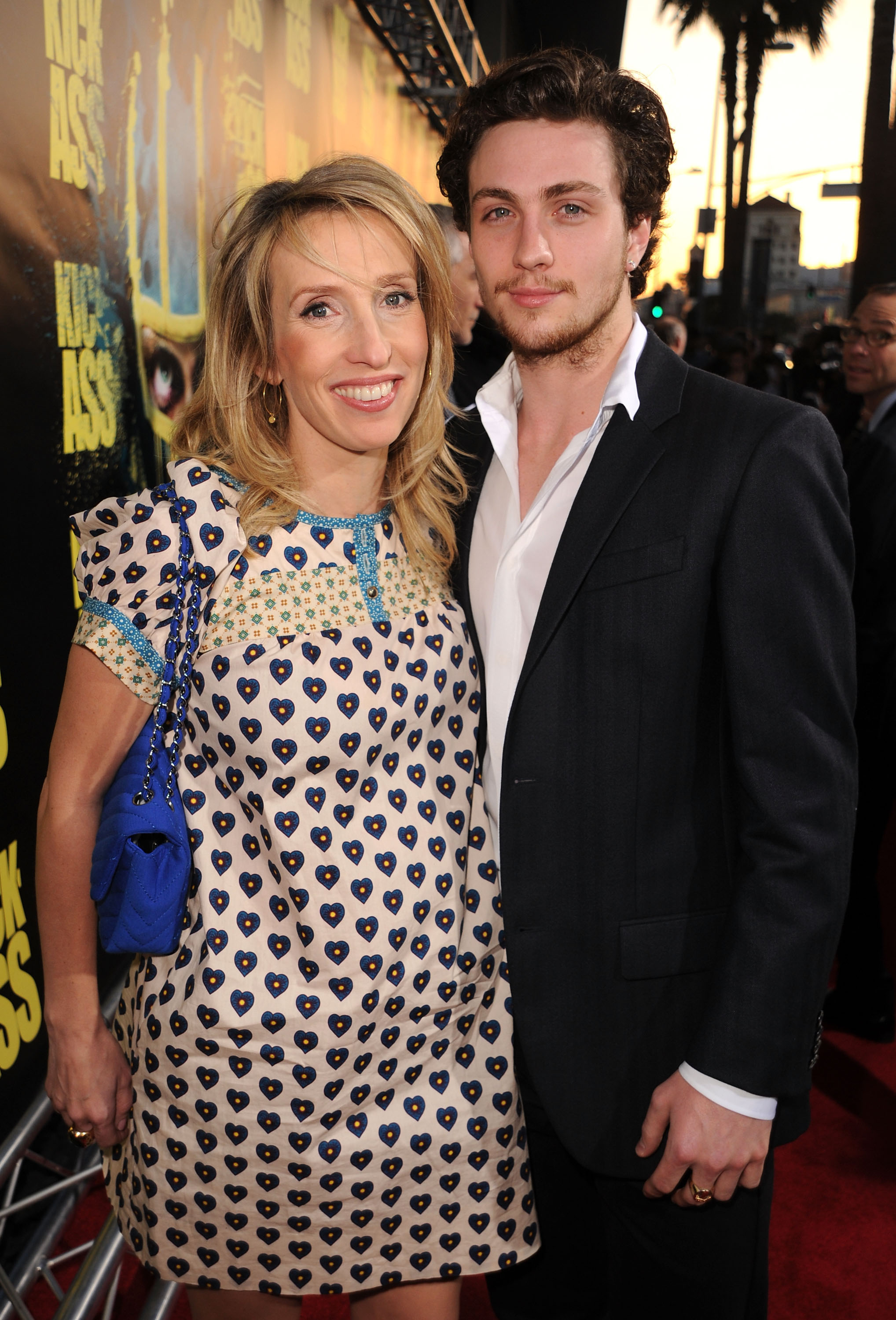 January 2012: The couple welcome their second child together, another baby girl.

Romy Hero is born in London, where the couple live an £11-million townhouse (approx. $14 million) in Primrose Hill that they bought in 2009.

“Both mother and daughter are well,” reads a statement shared with People.

The baby is Sam’s fourth daughter — she shares two with her ex-husband and now two with Aaron.

The couple marry in a church service in Somerset, England, before celebrating with family and friends at the town’s country retreat, Babington House.

While the details are kept under wraps — a rep says in a statement, “There will be no further comment or detail released” — according to Hello! guests included Elton John and Beyoncé.

The outlet also reports Sam’s gown was designed by Sarah Burton, the same designer who dressed Kate Middleton, the Duchess of Cambridge, for the royal wedding in 2011. 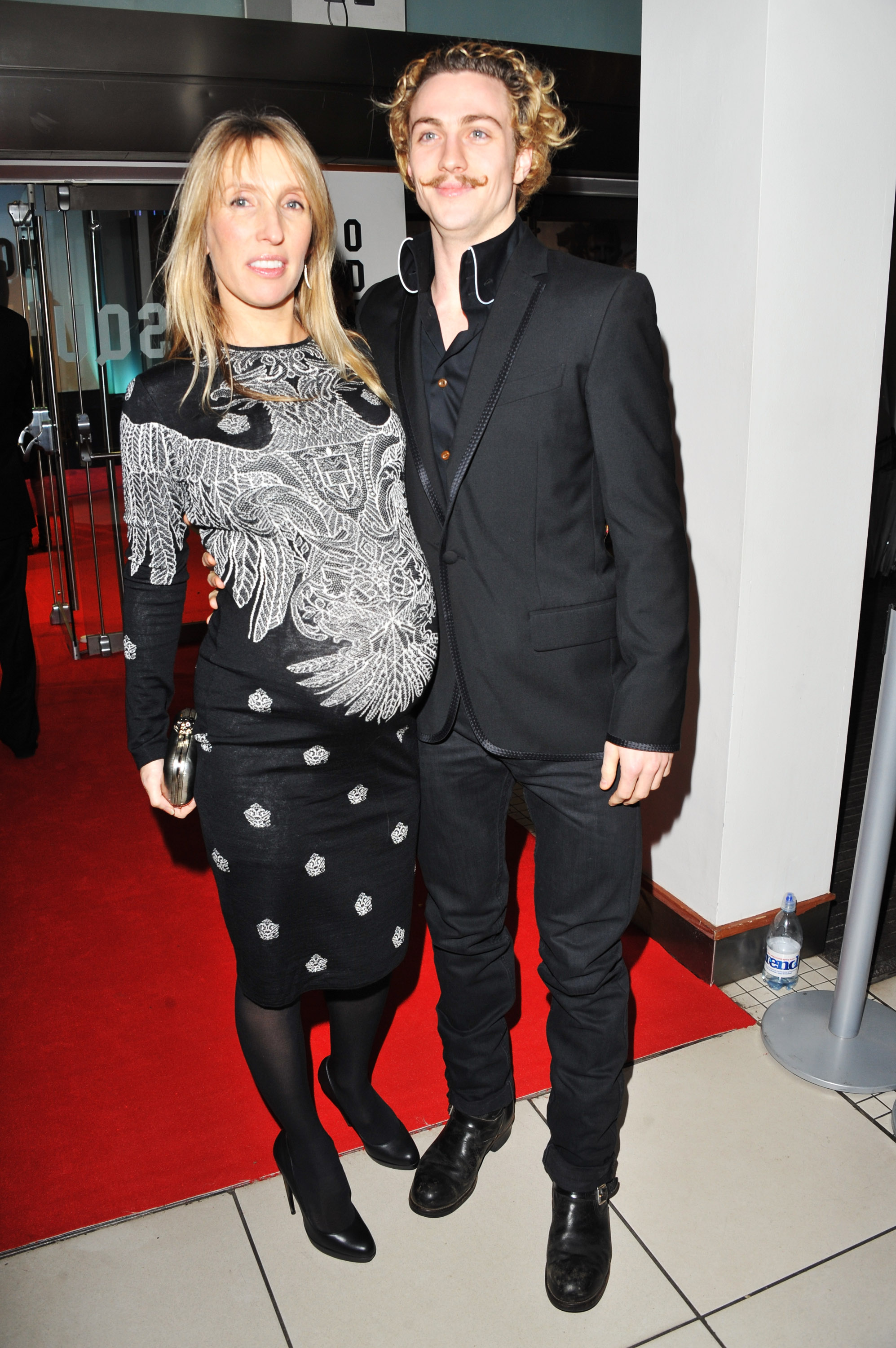 2015: Following their wedding, Sam and Aaron officially change their surnames to the double-barrelled Taylor-Johnson.

Aaron later tells The Guardian that he wanted to take part of Sam’s surname because it was important to him.

He has even had to fight studios to have the double-barrelled surname appear in movie posters. While he lost the battle with bosses for the Savages poster in 2012 — it was too late for it to be altered — the actor put his foot down for the period drama Anna Karenina before it came out in late 2012.

“I said, ‘I want it changed! This is important,'” he said after getting his way. “It felt beautiful. It felt right.”

READ MORE: Pete Davidson’s dating history: Everything we know about his past and rumoured girlfriends 2017: Sam gives a rare interview about the 23-year age gap between her and her husband.

In a candid chat with The Hollywood Reporter, the acclaimed director says the age gap is still an issue even almost 10 years on from when they started dating.

“If I gave a second thought to other people, I would be the unhappiest person, probably still in a miserable marriage,” she says. “People like to talk about it. I’m like, ‘Yeah, but it works better than my last marriage.’ It’s lasted longer than a lot of my friends’ marriages.”

2019: The couple give their first joint interview with The Telegraph UK and reveal why their age gap doesn’t bother them.

“I knew instantly with Sam that I’d found my soulmate,” he tells the newspaper. “I knew instantly that I wanted to spend the rest of my life with this person …  When I met Sam I’d already lived a life far beyond that of most of my contemporaries — I didn’t relate to anyone my age. I just feel that we’re on the same wavelength.”

Aaron says there’s not much he can do about the criticism surrounding their age gap, but he chooses to focus on their relationship and ignore the noise.

“All that is my personal life, it’s sacred to me and it’s beautiful. But there is a lot of negativity around from other people,” Aaron says. “That’s their problem and their issues and however they perceive life. I live my life to its fullest and I operate from my instincts and from my heart, and I try to be as open as possible.”

Sam feels the same way, saying, “I can’t dwell on what other people think or say. With Aaron it just literally felt like we were so connected, straight away. I didn’t know what it was then — we were connected when we were working and it was professional, and that connection grew more powerful as time went on and never diminished. And it’s the same today as it was then.”

2021: The couple continue to focus on their marriage and family. They now live in Los Angeles with their two daughters, Wylda Rae, 10, and Romy Hero.

In March, it is announced Sam will once again direct her husband in the biopic Rothko, a film about beloved American painter Mark Rothko. The title role will be played by Russell Crowe.

Back in 2018, Sam also directed her husband in the drama A Million Little Pieces. Watch the trailer above.