Ellie Goulding is officially a mum!

The 34-year-old singer has welcomed her first child with her husband Caspar Jopling, who announced the news via his Instagram Story on Sunday, May 2. 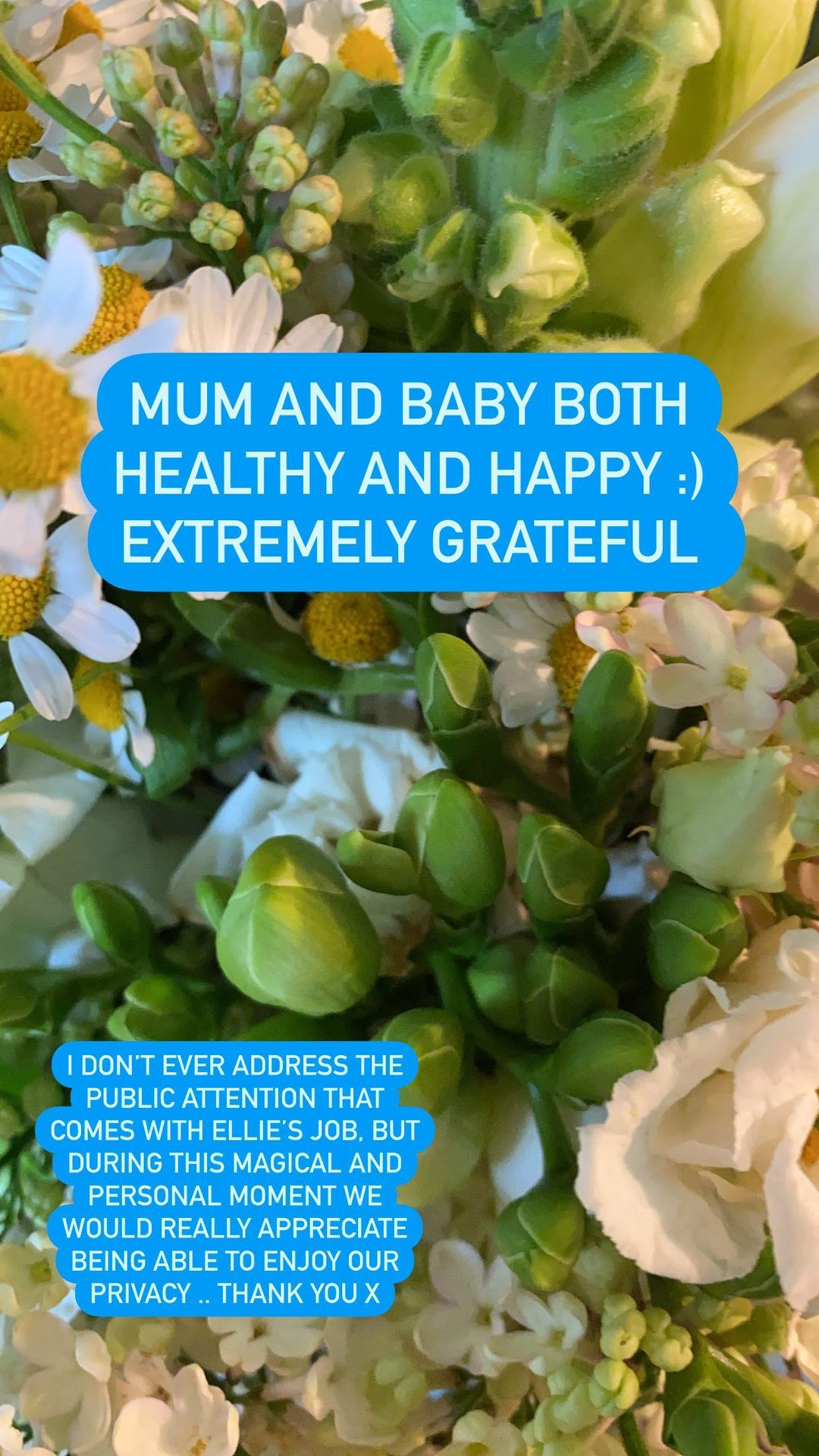 “I don’t ever address the public attention that comes with Ellie’s job,” he added. “But during this magical and personal moment we would really appreciate being able to enjoy our privacy .. Thank you x.”

Back in February, Goulding first announced her pregnancy. She was 30 weeks along.

The couple, who tied the knot in August 2019, were celebrating their one-year wedding anniversary when they found out they’ll soon be a family of three.

“It was crazy because it was our one-year anniversary. That was not the plan,” Goulding told Vogue. “The thought of getting pregnant didn’t seem like it could be a reality. Becoming pregnant kind of made me feel human.”

“I want a better word than womanly, [but]—I have curves I’ve never had before,” she added. “I’m enjoying it. My husband’s enjoying it.”

As for why she waited until her third trimester to announce the news, Goulding said she “needed time to get my head around it.”

“I’ve always defined myself as a touring musician. That’s who I am and what I do,” she said in an interview with The Telegraph in March. “Being a mother wasn’t in my mind frame, I’ve never felt any woman had to be defined by motherhood.”

“I’ve been so surprised about how happy everyone has been for me, it’s been incredible to have all this positivity,” she added.