Actress Francia Raisa has addressed the new Saved By the Bell reboot, which made several references to Selena Gomez’s 2017 kidney transplant.

Raisa, 32, spoke out after the show received backlash from the singer’s fans. The actress donated one of her kidneys to Gomez, 28, amid her battle with lupus.

The Secret Life of the American Teenager star addressed the situation via Twitter, responding to news that Peacock, NBCUniversal and the show’s executive producers had apologised.

“Appreciate the apology but let’s not forget about the donors that potentially felt offended and dismissed from the spray paint written on the wall,” the actress tweeted.

In another tweet, Raisa added, “As a kidney donor I want to show love and let other donors know that you are not alone. You are seen. You are appreciated. You are so brave and your selfless act is very much appreciated and valued!”

In one scene from the reboot, two students at Bayside High argue about who Gomez’s transplant donor was. In another scene, the words “Does Selena Gomez even have a kidney?” are written on the walls in one of the hallways at the school. 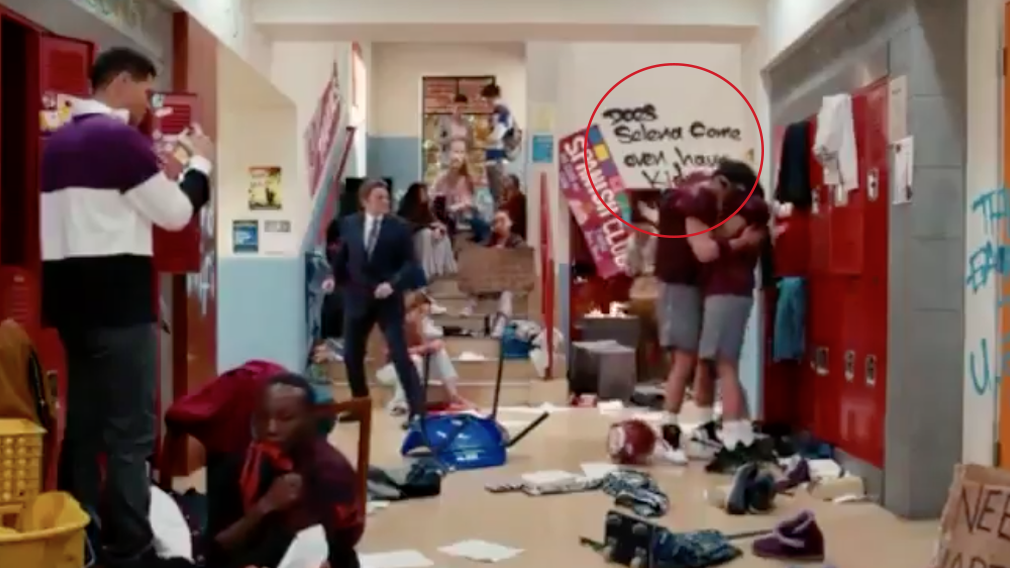 Peacock, NBCUniversal and the show’s executive producers apologised for the references in a statement to Variety.

“We apologise. It was never our intention to make light of Selena’s health. We have been in touch with her team and will be making a donation to her charity, The Selena Gomez Fund for Lupus Research at USC,” the statement read.

In September 2017, Gomez first revealed that she had received a kidney transplant from Raisa, after being open about her battle with lupus for several years.

“There aren’t words to describe how I can possibly thank my beautiful friend Francia Raísa,” Gomez said. “She gave me the ultimate gift and sacrifice by donating her kidney to me. I am incredibly blessed. I love you so much sis.”

Gomez made her lupus diagnosis public in 2015 and was previously undergoing chemotherapy. In 2016, she stepped away from the spotlight as a result of the mental health concerns regarding her diagnosis.

The ‘Lose You To Love Me’ singer has previously stated she wanted to come forward with her illness to spread awareness of the autoimmune disease and become an advocate.