In the video, which aired during Tuesday’s episode of The Late Late Show, Corden arrives at work in a good mood due to President-elect Joe Biden’s impending inauguration.

After seeing Trump appear on a TV screen, Corden breaks out into song: “One day more/ The final day of Trump as President/ The White House has a brand new resident/ It’s been four years of endless crimes/ But now he’s finally out of time.” 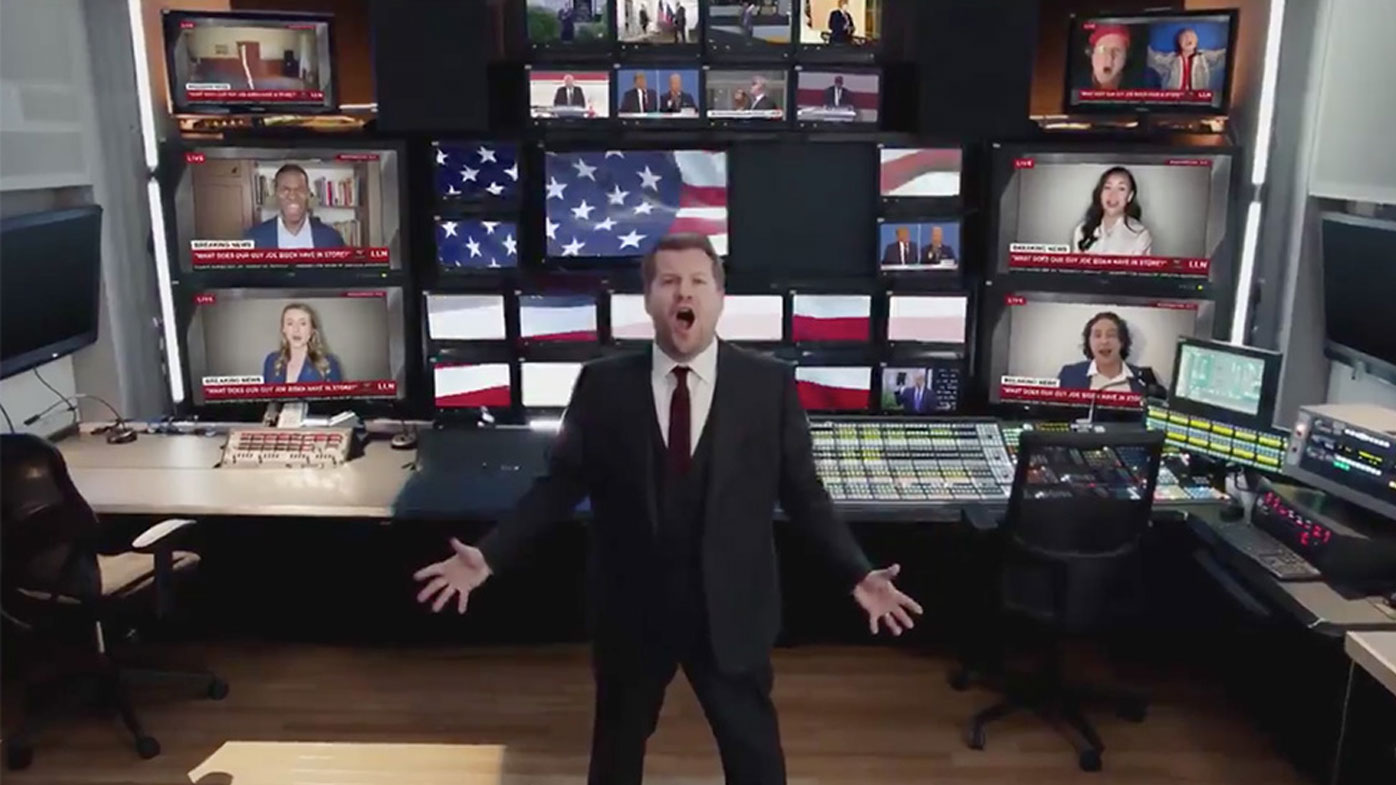 Together, the troupe sings: “No more days of angry Tweets (‘Cause this time he’s banned for good)/ Ship him off to Mar-a-Lago (Do they even want him there?)/ Biden better change the sheets (Maybe throw away the bed)/ Will you change the locks with me?”

LuPone and Lucas come in about halfway through, dressed as Trump supporters and singing a duet with lyrics such as: “We won’t wear a mask/ That’s our given right/ At your Trader Joe’s/ We’ll start a viral fight/ Don’t you take our guns/ We protect the peace/ If you call us Karens/ We’ll just call police.”

The video ends with a Trump speech playing, and Corden simply turning his myriad of televisions off.

The clip has already had over one million views with almost 25,000 likes and close to 11,000 retweets.