Kanye West has confirmed that his new album, Donda, drops on Friday.

The release date was established during Game 6 of the NBA Finals on Tuesday within a Beats by Dre ad featuring track star Sha’Carri Richardson, which West scored and edited. Watch the full Beats by Dre ad above.

The commercial previews the track ‘No Child Left Behind’ from the album, an atmospheric cut showcasing West’s vocals over what sounds like an organ. As Richardson runs a 100m sprint in slow motion, sporting Beats by Dre ear buds, West repeatedly sings: “He’s done miracles on me.” 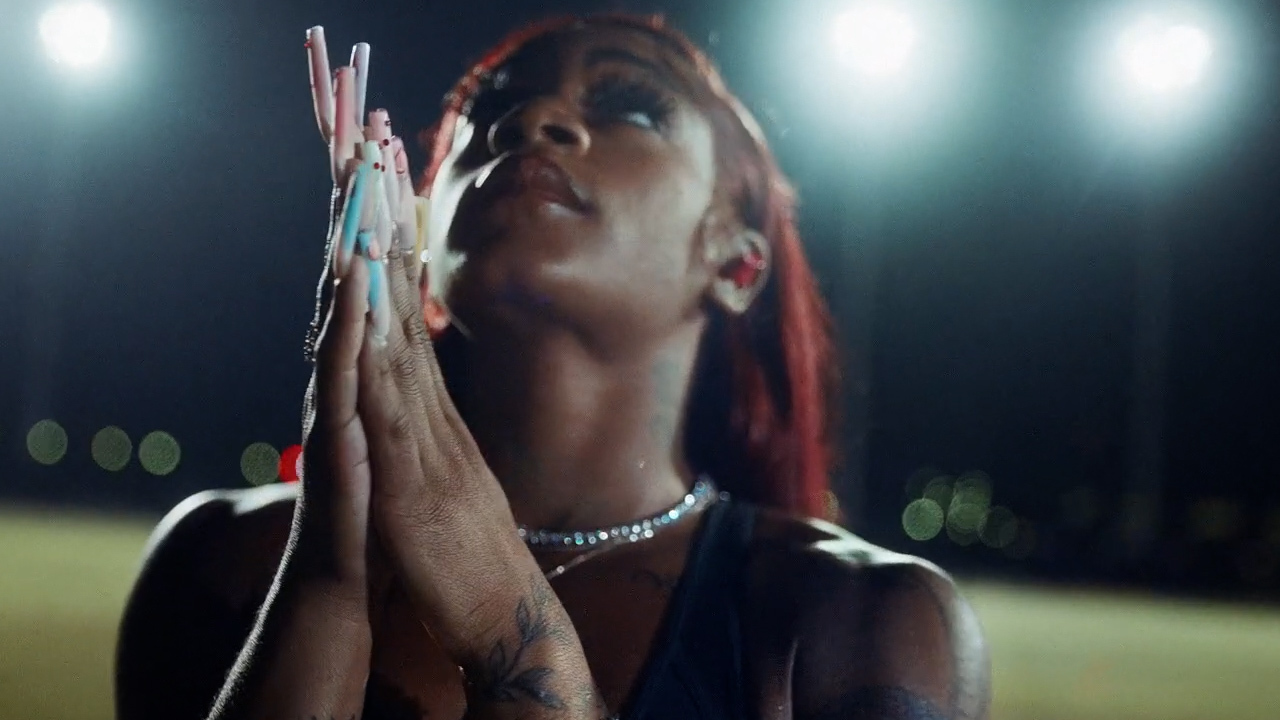 The minute-long spot also announced that West’s listening event in Atlanta on Thursday will be livestreamed globally via Apple Music, starting at 8 p.m. ET. West revealed the event on Monday, after Twitter started buzzing Sunday night about another secret listening session the rapper had in Las Vegas.

The ad is a strong show of support for 21-year-old Richardson, who was suspended from the Olympics’ Team USA on July 2 after testing positive for marijuana. Following Richardson’s suspension, Hollywood and sports stars rallied around the athlete, with Seth Rogen, Dwayne Wade and more speaking out to show their support.

West also marked the ad by posting it on his long-inactive Instagram page, along with another set of photos showing him with his face covered, wearing gold chains around his neck signifying the names of each of his children. West and Kim Kardashian announced their divorce in February, and share four children together: North, Saint, Chicago and Psalm.

Donda, named after West’s late mother, has been much-anticipated following his 2019 gospel record Jesus Is King, which won a Grammy for best contemporary christian album. Donda will mark West’s 10th studio album. Despite rumours swirling of the album’s impending release, many fans continue to err on the side of caution, as West has been known to delay his releases frequently.