Ted Lasso’s Phil Dunster has only the highest praise for Jason Sudeikis and his approach to bringing the hit show to life.

Sudeikis is the brains behind the series after playing soccer coach Ted Lasso in a series of commercials for NBC. Dunster credits the success of the show to the actor’s impressive leadership qualities.

“I was really excited to work with him. I think Jason is Ted Lasso, he is there to offer his time, he’s generous with his emotional story and he wanted the cast to really understand what he had in mind,” he tells 9Honey Celebrity.

READ MORE: The five most valuable lessons to learn from Ted Lasso 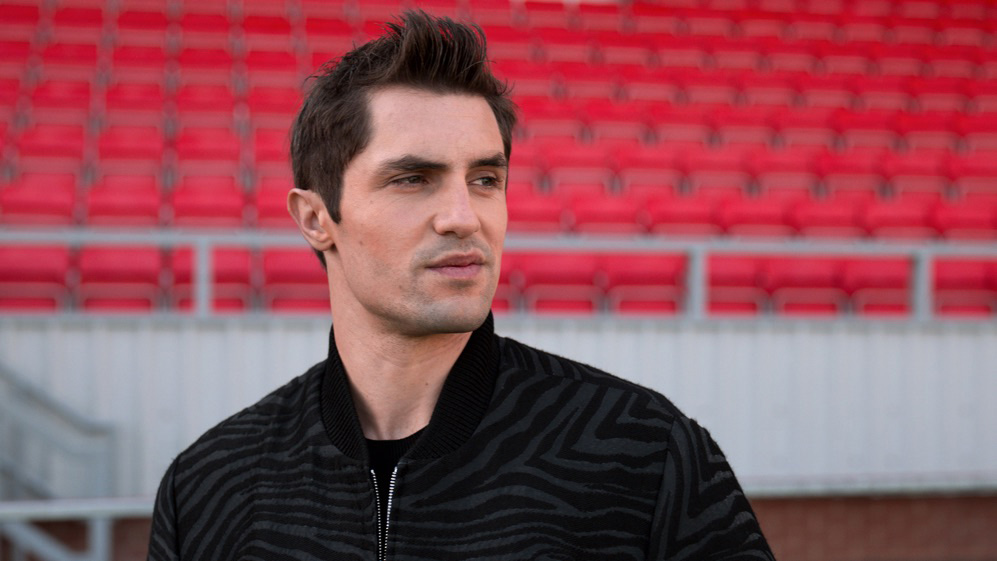 Sudeikis co-wrote, executive produced and developed the hilarious series about a coach who is recruited to lead an English Premier League team without an ounce of experience.

Like Ted Lasso himself, he witnessed Sudeikis lead the team with positivity, openness, and a willingness to experiment with the material.

“This show is so incredibly important to Jason,” he reveals. “He was just a great creator to have, he would use these methods that Ted Lasso would. Leading a horse to water, and letting them do the rest.

“He’d always say ‘you can massage the text’ which I really loved. If that’s not what you’d say then don’t say it. We can find it in the moment. He was always happy for us to play around, it was an incitement to his leadership qualities. I think people micromanage and that can make for a bad team.”

READ MORE: Ted Lasso’s Hannah Waddingham recalls her shock at being cast as Rebecca Welton: ‘I’m never going to get this’

When viewers first meet Dunster’s character Jamie Tartt, he is AFC’s Richmond’s top striker. He is the smug, star player widely adored by fans who even have their own jingle for him.

As a fan of football himself, Dunster views the opportunity as a “dream job.”

“I was obsessed with football. I’d play once or twice a week. I’m a very enthusiastic footballer. My love of football stretches back to when I was very young,” he says.

Prior to starring in Ted Lasso, he’d mostly made his name on some UK-based shows like The Trouble with Maggie Cole, Save Me and Strike Back. However, it was a long process before he’d finally received the phone call that would skyrocket him to fame.

“They were seeing a lot of people. For Jamie Tartt, the ethnicity, background and accent was very open,” he says. “But for me it was coming in, trying a few accents on. They said ‘we liked you, it’s good but not quite right.'”

He added, “It happened over a few months, as these things sometimes do. I came in and met everyone and was obviously terrified. I went in and it was all a bit of a blur, and sort of hoping and praying. I was with my girlfriend, we woke up in the morning and it was the best weekend ever. There’s no feeling like getting a job like this.” 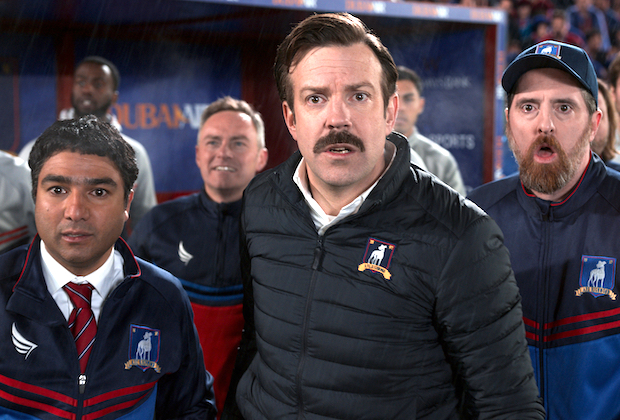 The show has since picked up 20 Emmy nominations. The comedy became a surprising success for Apple TV+ who debuted the series during a global pandemic.

“They said it’d be a tiny show, really small,” he says. “I’ve never been in anything like this before that’s had this reception. I had no idea what I was getting myself into.

“All the time, when you’re auditioning for these things you don’t know much about it. Even when we finished the first season, you never really know. It was a fairly slow burn, and to have people discover it is amazing.”

In the second season of Ted Lasso, we can expect to delve deeper into Jamie’s psyche.

“We spend more time going into his past, understanding the challenges he’s having coming to terms with the emotionally awake Jamie,” Dunster says. “Progress is never linear when it comes to this. We see two steps forwards, one step back sometimes.

“We see Jamie at the start of this monumental shift and how he can ingratiate himself to other people.”