A woman was removed from the Cannes Film Festival red carpet during the world premiere of George Miller‘s Three Thousand Years of Longing.

The premiere marks the Australian director’s return to screens seven years after Mad Max: Fury Road but was briefly overshadowed by the gatecrasher.

The unidentified woman tore off her clothes during the film’s red carpet procession to reveal the message “Stop raping us” written across her torso next to the blue and yellow colors of the Ukraine flag. Red was also painted on her legs and groin. 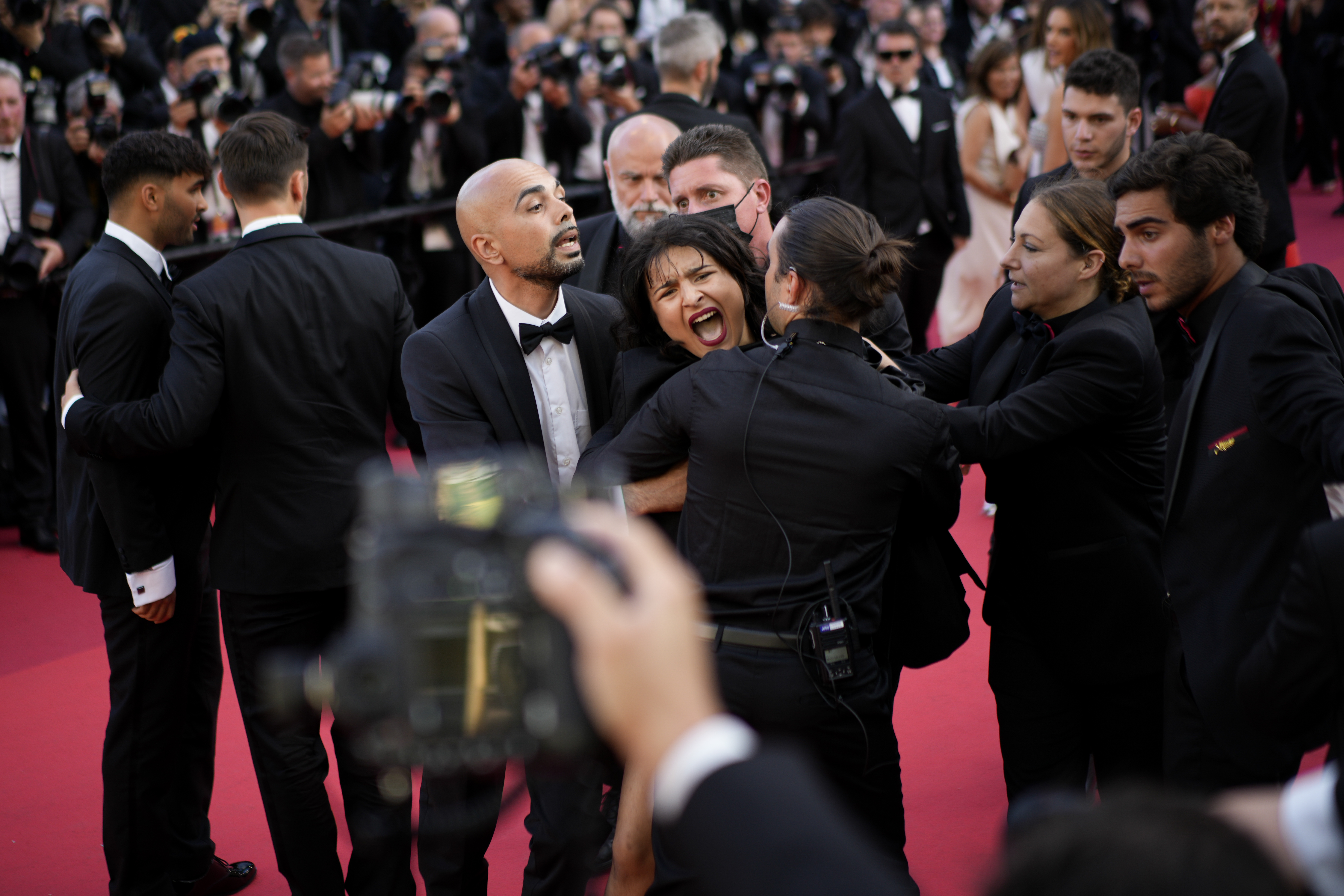 While she yelled “Don’t rape us!” security quickly encircled her, covered up the woman in a coat and took her off the red carpet.

The woman also had the word “scum” written on her lower back.

The incident occurred on the red carpet outside the Cannes’ Palais theater for Three Thousand Years of Longing, Miller’s first directorial effort since dazzling the film industry with Mad Max: Fury Road, back in 2015. The film stars Tilda Swinton as a scholar who encounters a magical Djinn (Idris Elba) while in a hotel room in Istanbul and learns of his fantastical past while contemplating the three wishes she can make in his presence.

Miller, Swinton and Elba appeared on the Cannes red carpet after the woman was already removed.

Guards are positioned outside of the carpet at stations that require attendees to walk through a metal detector.

Once an attendee gets through that check point, they meet more guards at the start of the carpet that direct them when they are allowed to enter the theater. The red carpet itself is lined with security.

– Reported with Variety and Associated Press 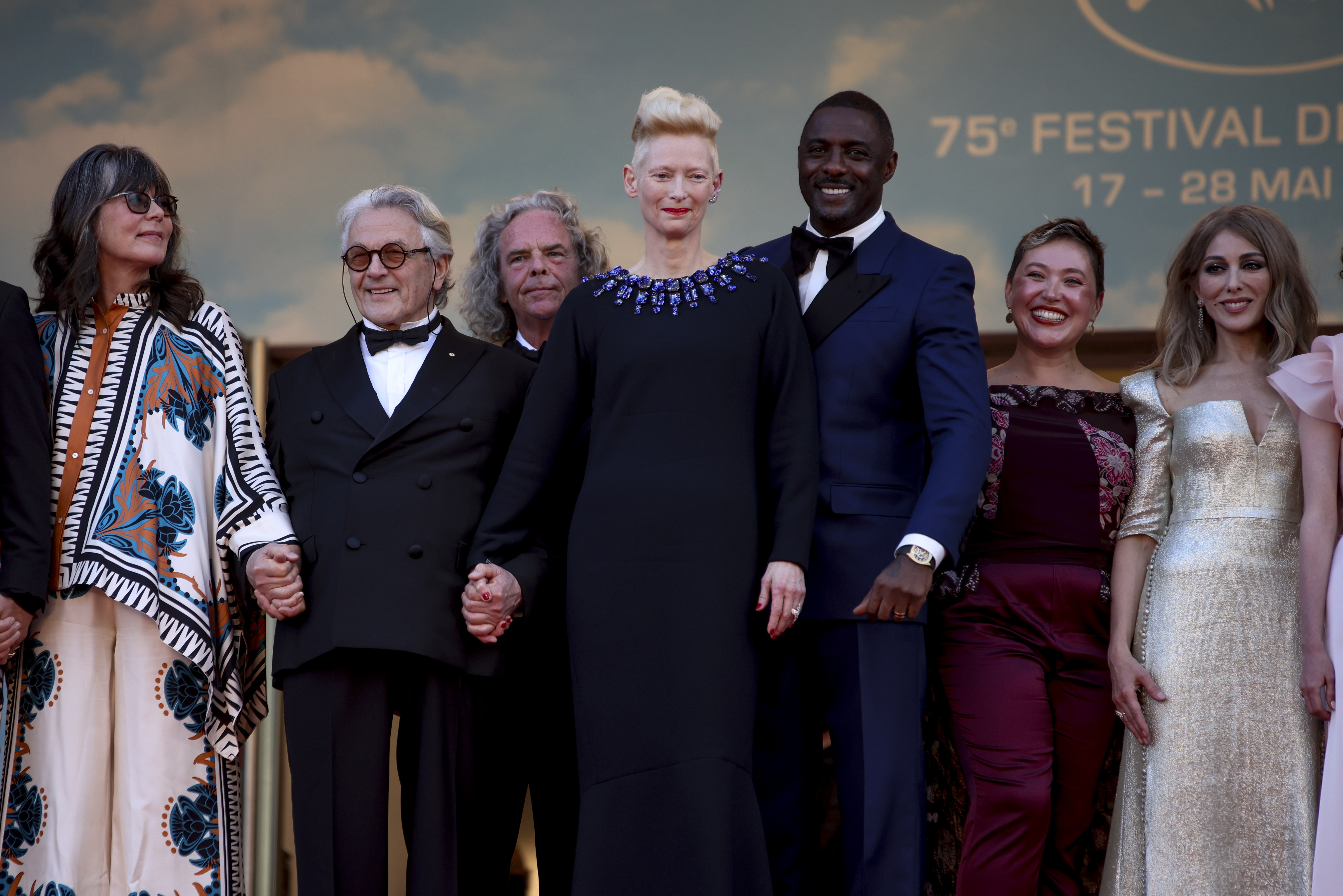