Sia has come under fire this week for the portrayal of an autistic character in her new movie, Music.

The film stars Kate Hudson, Leslie Odom Jr. and Maddie Ziegler, and was directed and co-written by the Australian singer. When the trailer was released online, it was met with a lot of criticism, about one character in particular. 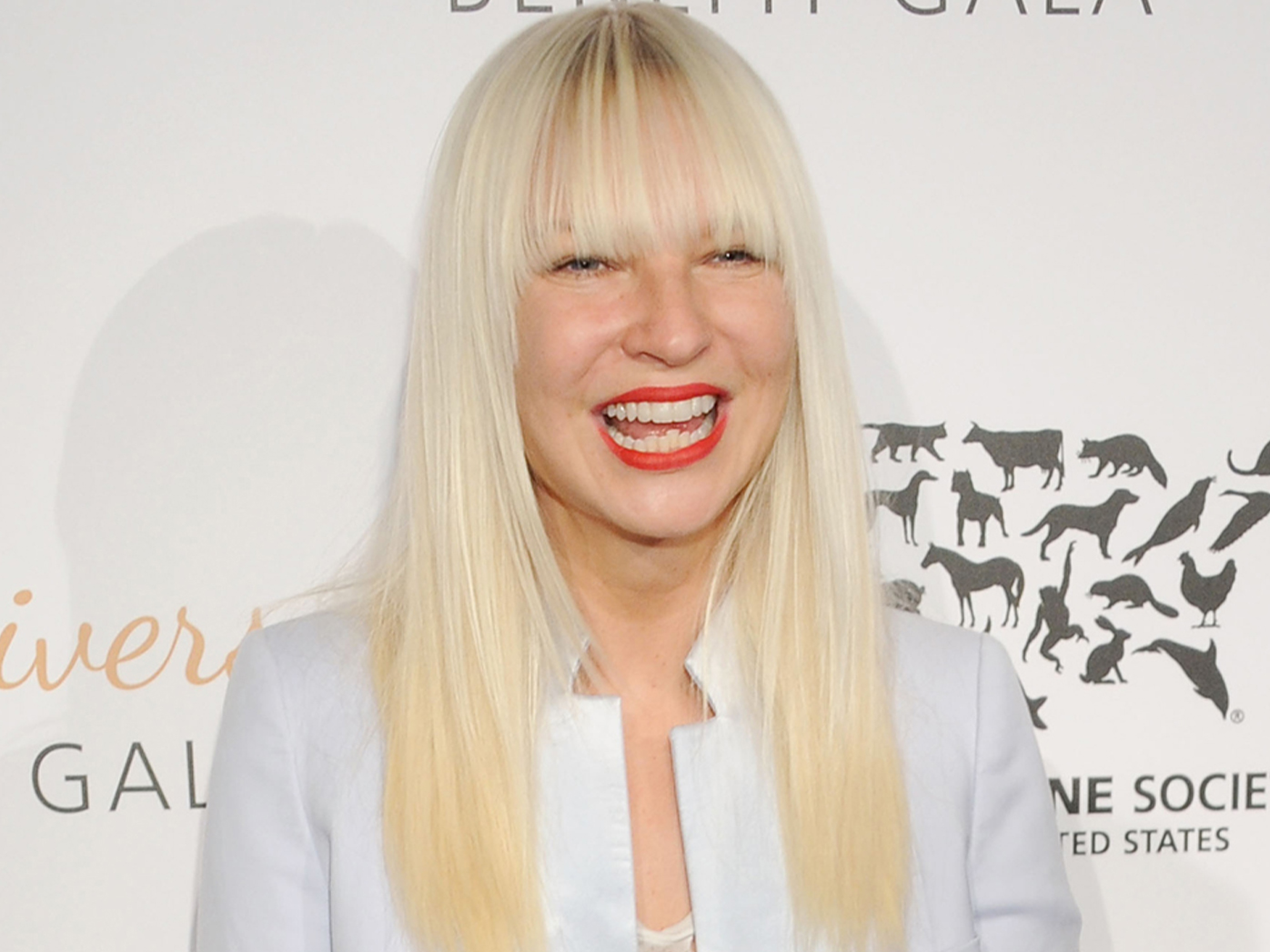 Many people raised concerns with the casting of a non-disabled actor playing the role of a disabled person.

“Hollywood strikes again with another film where non-disabled actors play disabled roles,” one person shared on Twitter. “Having a neurotypical play an autistic person is offensive enough; rolling this trailer out at the start of #DisabilityHistoryMonth is a kick in the bloody teeth.”

They have also pointed out the irony of a movie about disability, with no captions for hearing impaired viewers.

Some people also have an issue with the idea that the main character uses music as a way to ‘escape’ her autism –– implying the disability is something negative.

“I’m reading tweets from other disabled folks about the film saying that music is helps the girl to ‘escape’ her autism, which is such a vile, ableist notion to convey,” someone posted.

Sia responded to the backlash with a series of tweets, asking people to reserve judgement until they actually saw the film.

She added that she tried to work with a disabled actor, but it didn’t work out: “I actually tried working with a a beautiful young girl non verbal on the spectrum and she found it unpleasant and stressful,” Sia tweeted. “So that’s why I cast Maddie.”

“I cast thirteen neuro-atypical people, three trans folk, and not as f—–g prostitutes or drug addicts but as doctors, nurses and singers,” she continued. “F—–g sad nobody’s even seen the dang movie. My heart has always been in the right place.”

Of course, these responses from the singer caused even more backlash, with people claiming she didn’t try hard enough to accomodate an autistic actor. Many people also found her comments about sex workers and drug addicts to be extremely offensive.

And to make matters worse the group Autism Speaks, who is involved in the production of the film, have come under fire repeatedly for the way they speak about autism and how they spend their money.

“Autism speaks is a hate group, Sia, stop throwing your toys out the pram and maybe actually listen to autistic people and adjust your behaviour instead of writing them off as a lost cause and haters,” one person shared.

When a disabled actor spoke out and shared that she would have been happy to step in at short notice and be involved with the film, Sia simply replied: “Maybe you’re just a bad actor.” 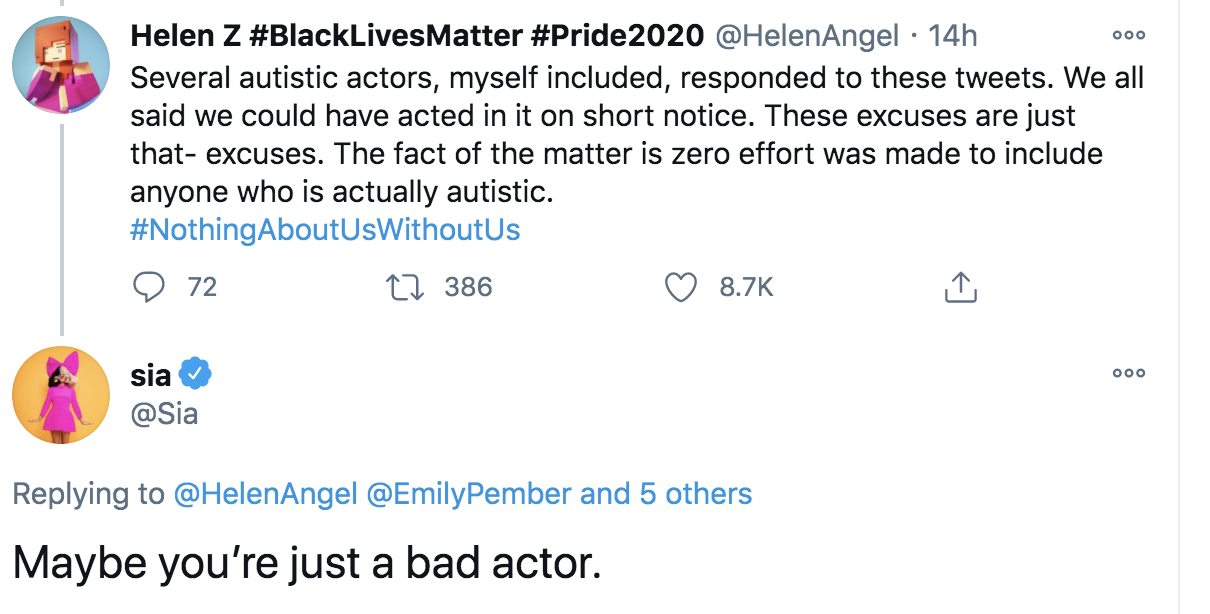 She continued to respond to criticisms, labelling them all “bulls–t”, and imploring people to actually see the film before they judge it.

Ziegler has not yet commented on the film, nor have any other cast members.